Chameleons in the Blaauwheim garden, Part 3

Chameleons moult, their gait tricks predators and they have a fifth "limb".

Chameleons moult several times before they are fully grown, also periodically as adults. Their vibrant colours make them so attractive to look at and photograph but sometimes we see specimens that really look dull, even faded. We have come to know that in such cases moulting is imminent. 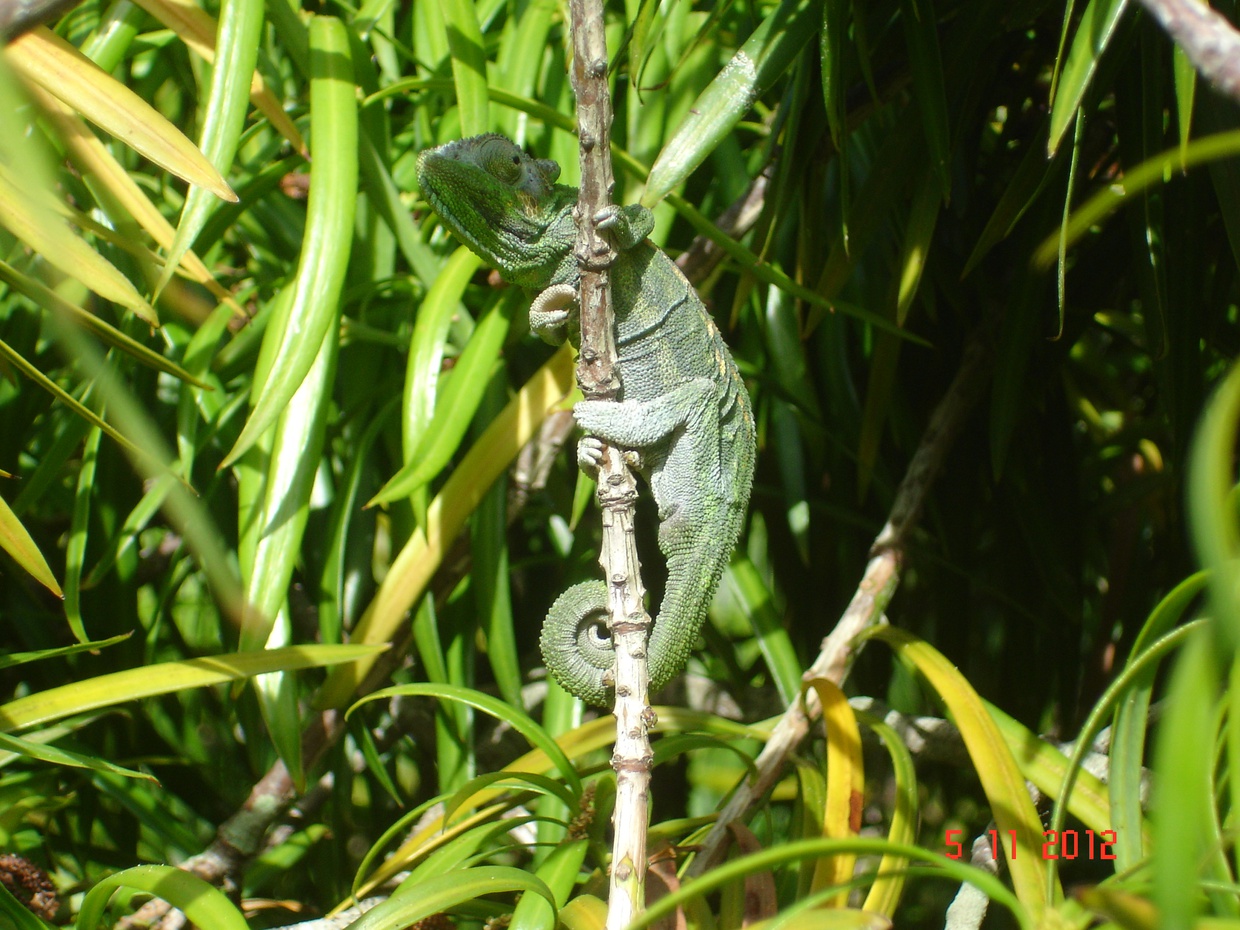 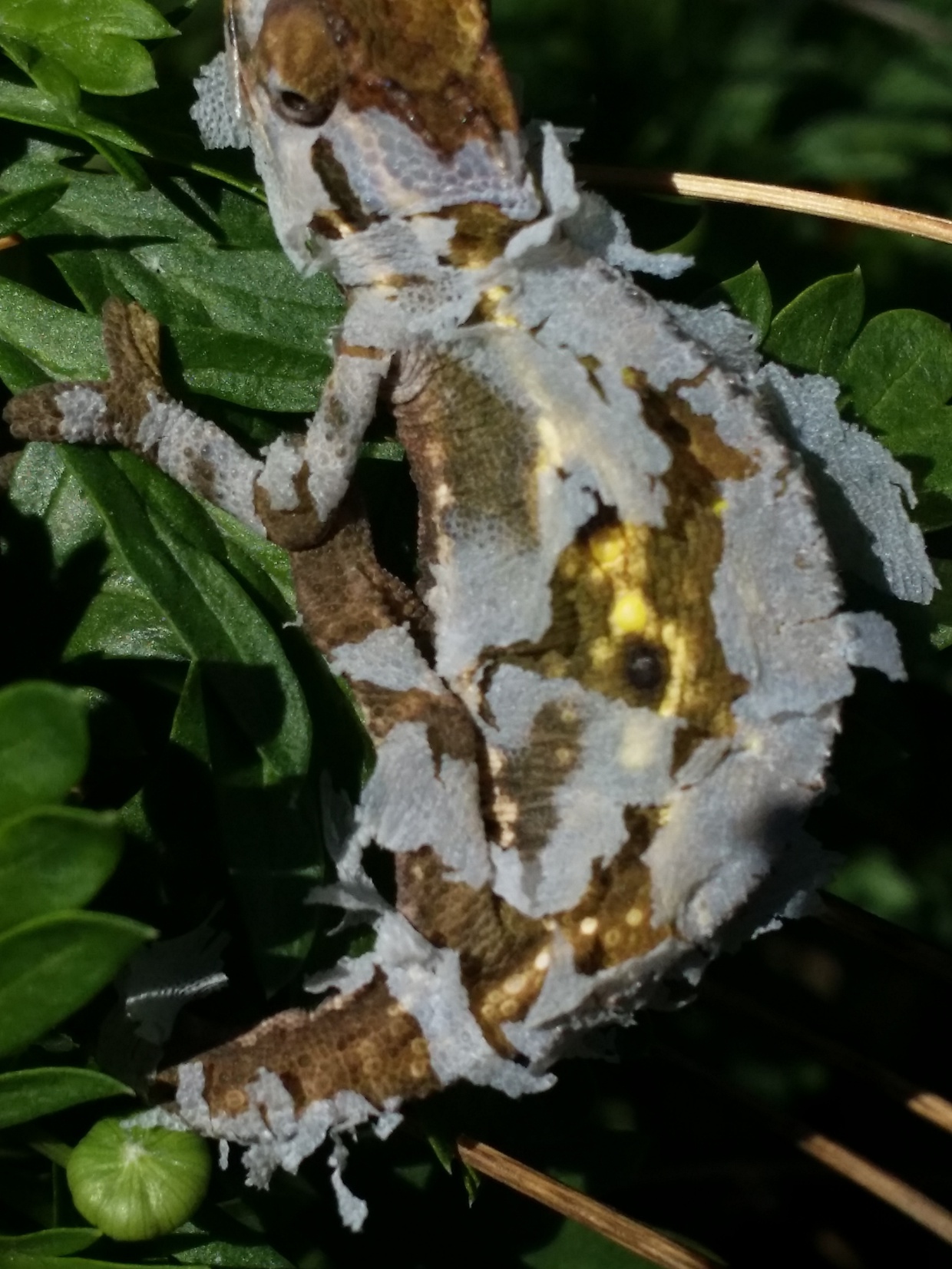 A moulting chameleon is a sight for sore eyes! The loose skin is either itchy or irritating because they can be seen rubbing their bodies against twigs. They are more vulnerable during this time because their camouflage has been compromised.

The swaying gait of the chameleon deceives a person into thinking that it is slow moving. It is merely another device it uses to trick its predators. I don’t carry my cell phone with me when I am in the garden. I have spotted a chameleon, rushed inside to get a phone or camera and suffered frustration many a times because it had simply vanished when I arrived outside at the place where it had previously been… 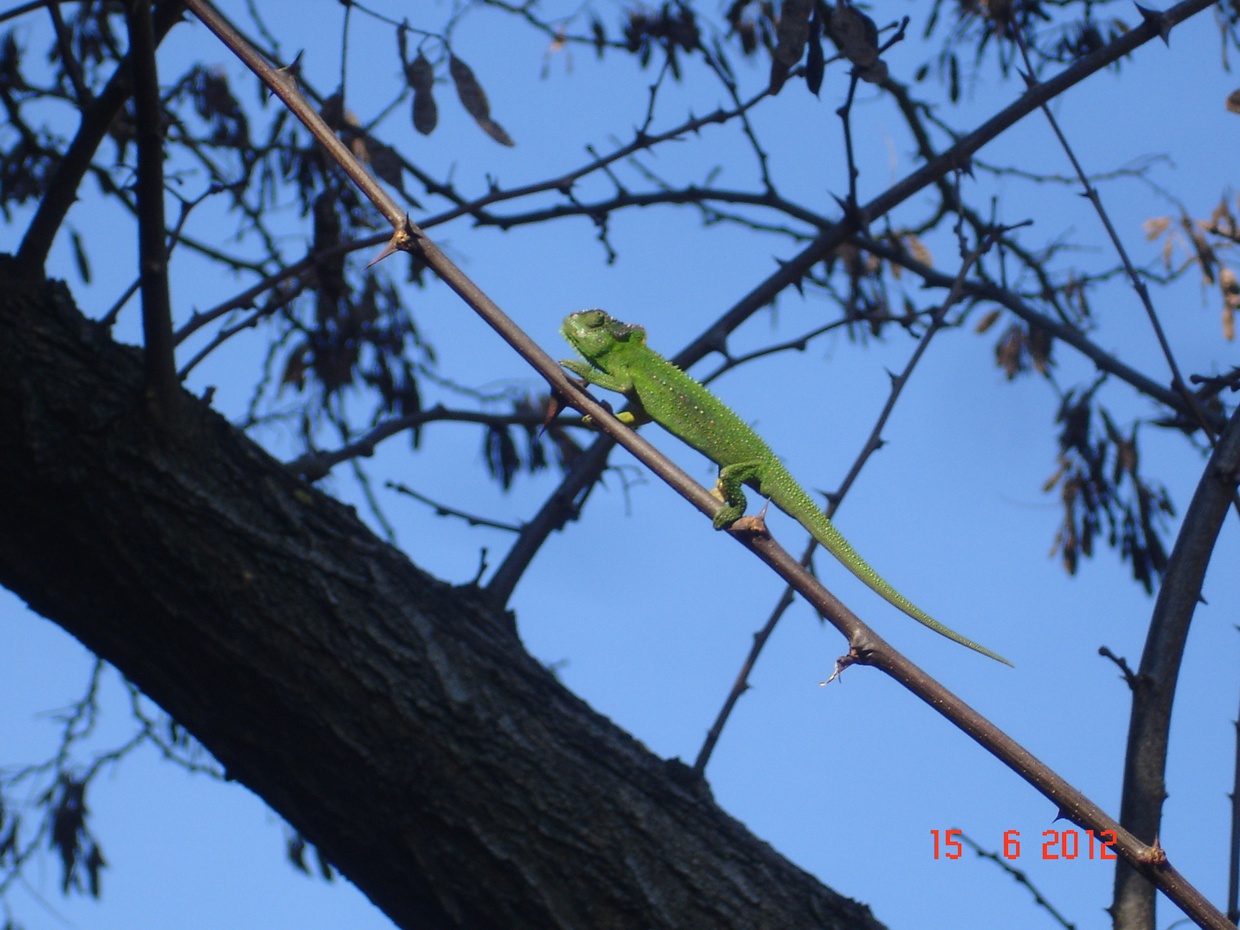 A chameleon often uses its tail as if it is a fifth limb. The tail firmly grips branches and twigs and thereby extends the animal’s reach, precariously hanging upside down. The tail also helps the chameleon to balance.

Book now for your own chance to find a chameleon