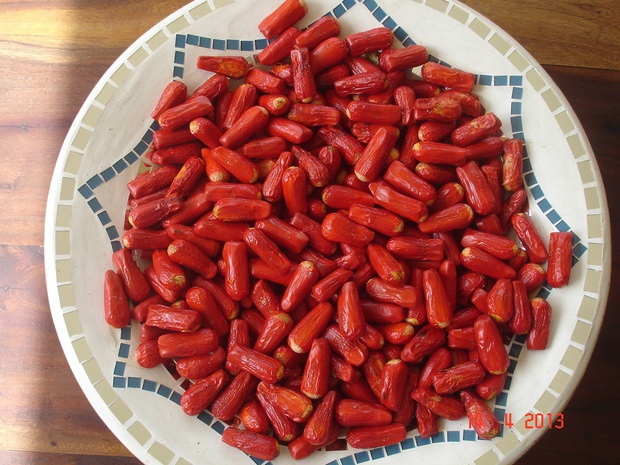 We have a number of these beautiful, fascinating and interesting plants in Blaauwheim's garden.

“Are these dates? Can we eat them?” Many a conversation on the Blaauwheim veranda has started with these questions. The conversation piece is a big bowl full of vibrantly coloured cycad seeds gathered from various female cones that fell apart after ripening in the garden.

Cycads are survivors, literally living fossils - they even survived the dinosaurs with whom they shared the planet. Fossil records suggest that conifers evolved much earlier that flowering plants. Both dinosaurs and 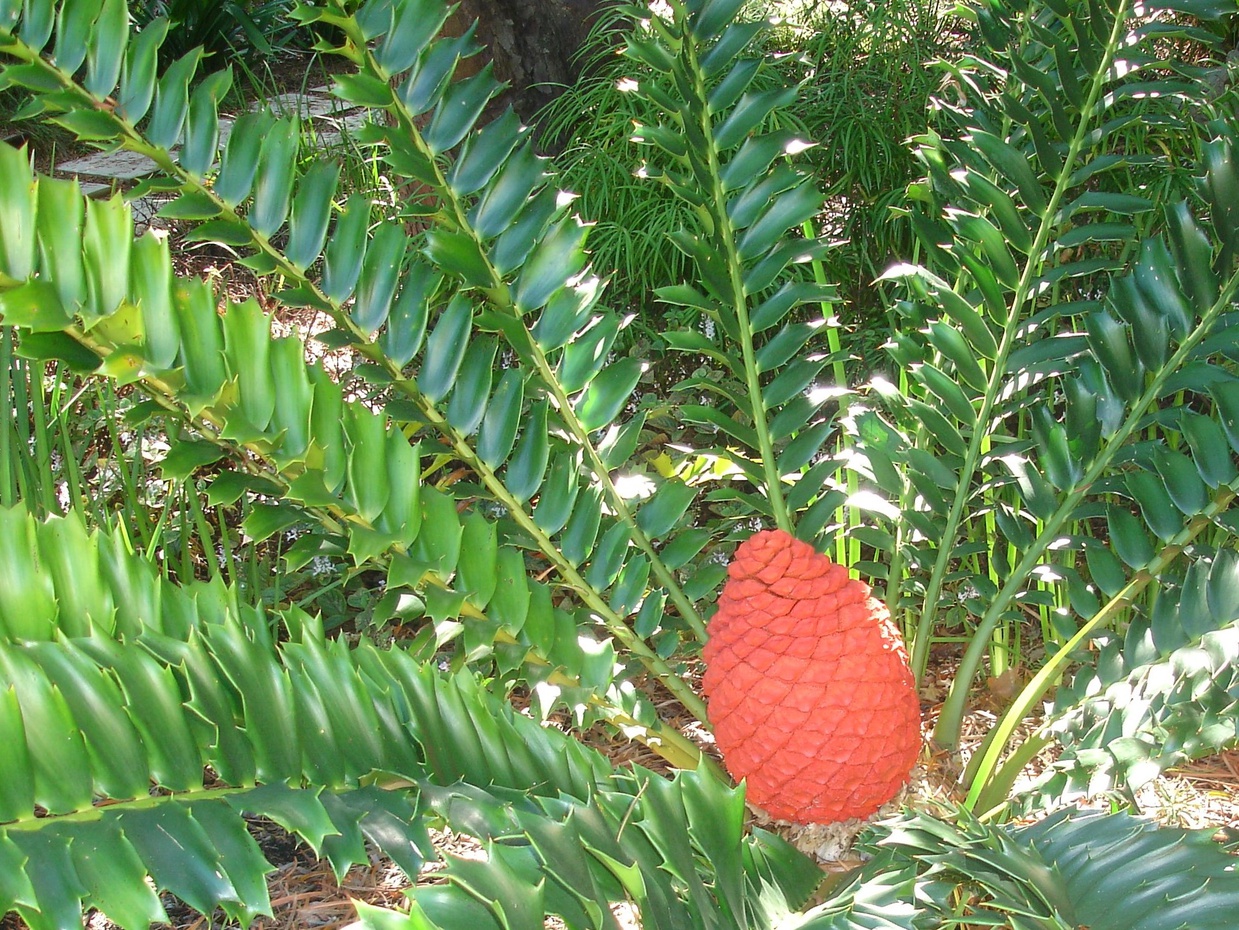 Many of Blaauwheim's guests are foreigners in whose countries no cycads grow naturally. They even gasp in disbelief when we tell them that these plants are not palm trees but miracles of nature, highly sought after and very collectible. This fact immediately conjures up images of illegal activities. Cycads in their natural habitat are being poached by smugglers at an alarming rate. Organized syndicates have even brazenly raided valuable plants from Kirstenbosch and Durban's Botanical Gardens. The avarice of humans threatens many species.

By now you have their attention and if one goes on to tell them about permits to possess and even to transport these plants, the cell phones come out for pictures. Tell them that the specimens on the property are micro-chipped and they fetch the expensive cameras with the big lenses. Our cycads were obtained legally from nurseries registered as dealers in cycads.

It is ironic that cycads are known in Afrikaans as "Broodbome". This literally translates as "Bread Trees'. They were initially called Bread Trees by the famed botanist Thunberg who observed indigenous people taking the pith from the stems and burying it for up to two months to ferment. This process broke down the deadly toxins in the plant to such a level that the pulp could be kneaded and formed into flat cakes which were then slightly baked in embers. 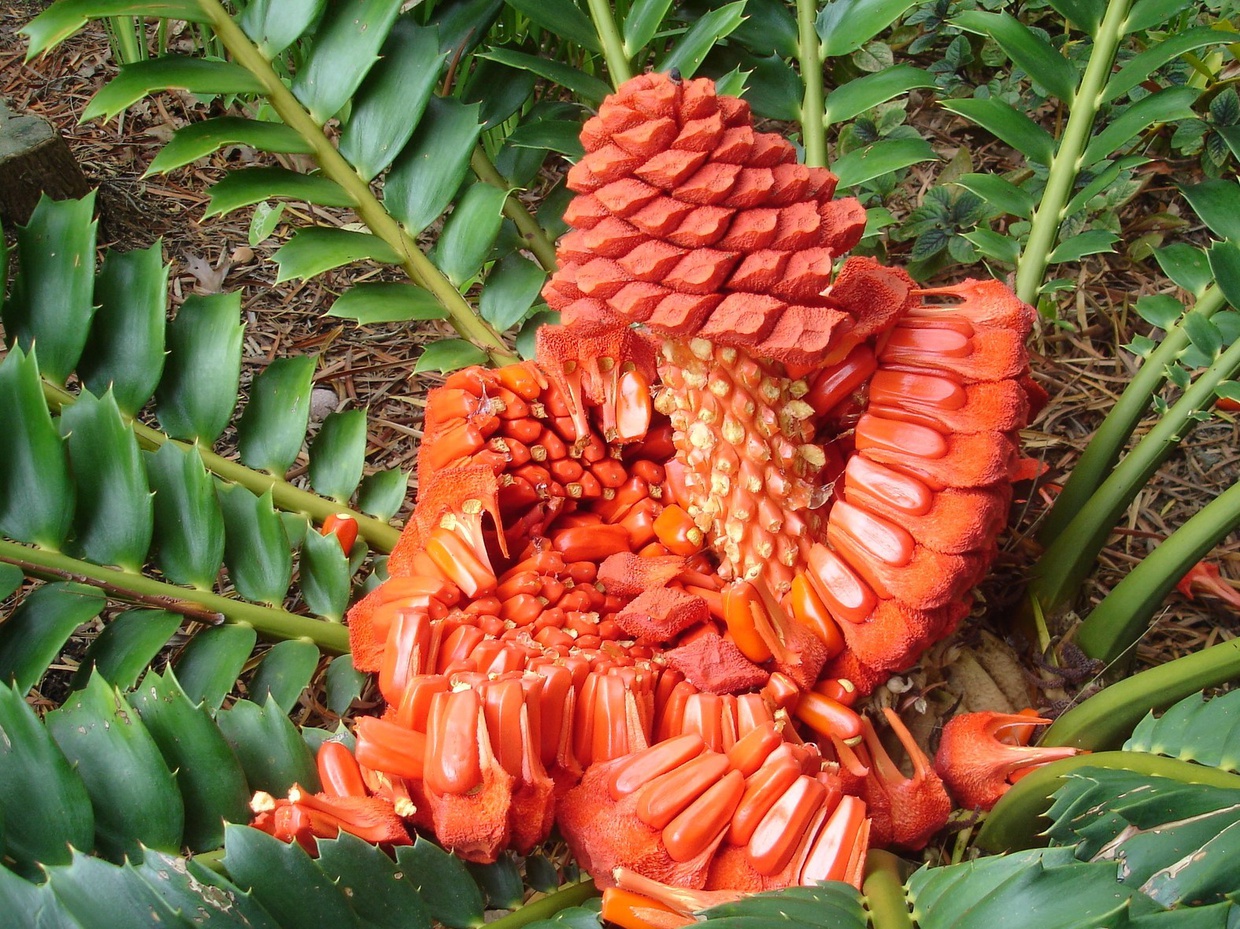 I have chosen Encephalartos Ferox as the cycad example for this article. This plant was given to us as a seedling with only two small  leaves. The unmistakable bright red cone of the female E. ferox plant helps with identification. No other species produces such spectacular brightly coloured cones. Our plant has only ever produced a single cone but they can have up to five cones at a time. Although the specimen at Blaauwheim is considered to be a mature plant, at more or less 20 years it is still very young. It gave me great pleasure to observe and document this plant over a period of time from the appearance of the cone right up to a plant with  new leaves.

The sighting of a whorl of new leaves or cones is always cause for happiness at Blaauwheim.

I have consulted books by Nat Grobbelaar and Douglas Goode to verify facts for this blog.

We'll tell you all we know about Cycads at Blaauwheim. 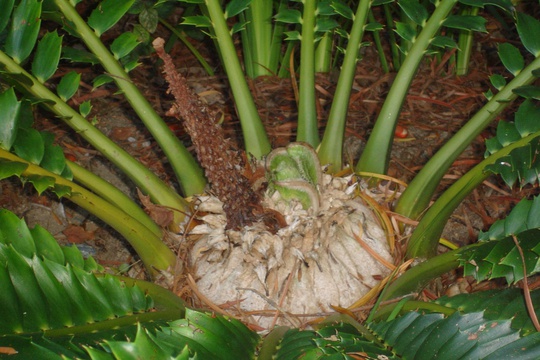 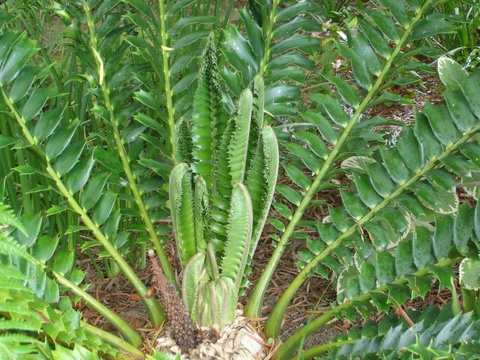 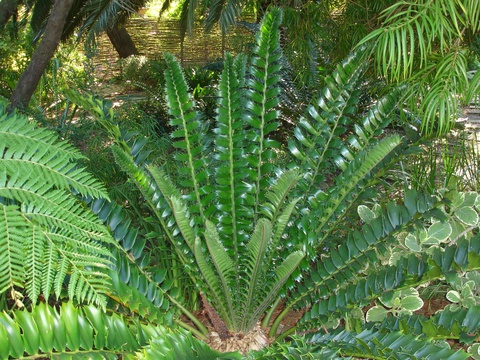 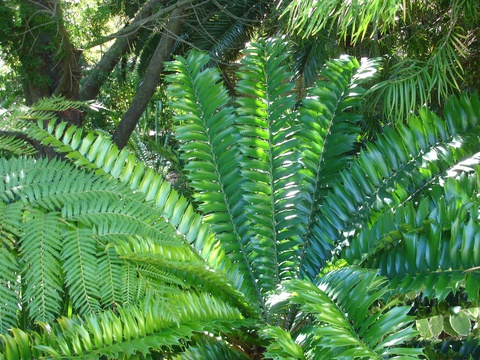 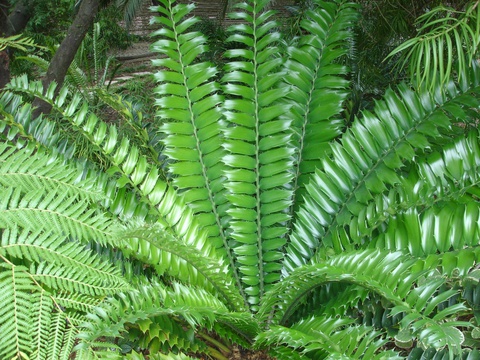