Rafiki, your friend at Blaauwheim

Rafiki is a Miniature Schnauzer. Comical, amusing and highly intelligent, he is Johan’s constant companion and the CEO of Blaauwheim. CEO is the abbreviation for “Canine Executive Officer” and his (very official) designation is that of Chief of Security. 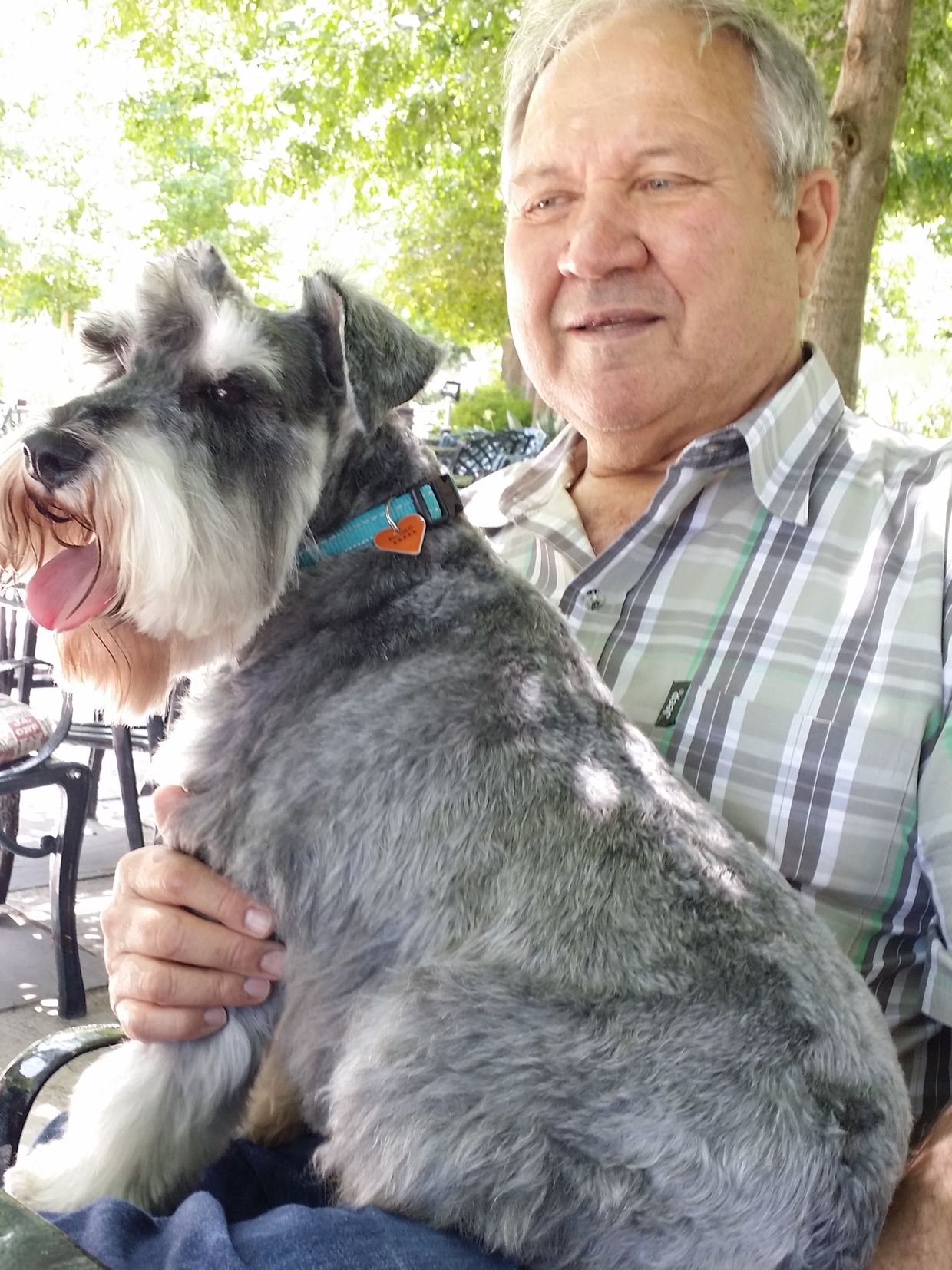 Several of our pets have had Kiswahili names originating from the years we spent in Nairobi, Kenya. Rafiki means “friend” and that is exactly what he is. He greets each and every guest with his welcoming bark. When friends come around, the pitch of his voice rises as if to say that he recognises the people. Rafiki, however, also has an Olympic name! If the gate is accidentally left open, Woofsain Bolt takes to the road and runs down Bakkerskloof Road. The easiest way to catch him is to jump into the car and catch up with him since a drive trumps a run every time. 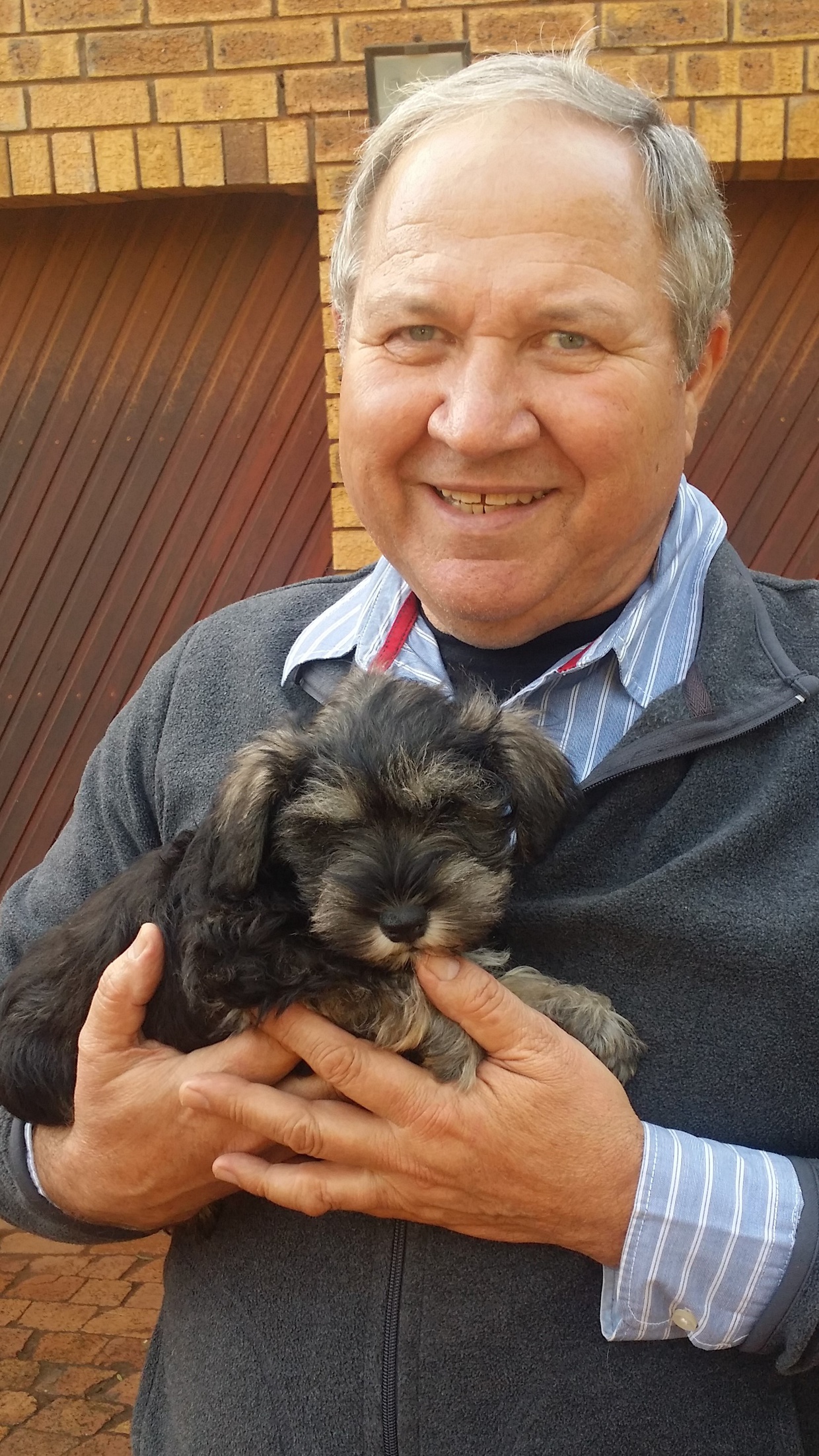 We did not choose a puppy, Rafiki chose Johan. On the day that we went to Tamarack Miniature Schnauzer Breeders all the puppies were playing around their watchful mother. Johan sat down on the paving and this cheerful little tramp scampered onto his lap. They have been inseparable ever since.

Miniature Schnauzers make excellent pets because of their amiable temperament. They are very alert and vocal. One other important Schnauzer attribute is that they do not shed at all. Rafiki loves being groomed. Going to the doggy parlour is the highlight of every fortnight. After being pampered, he comes home all bright eyed and scorpion tailed and prances around as if he knows that everyone will tell him how adorable he is.

Rafiki has built up a following of loyal supporters over the years, having been mentioned on TripAdvisor numerous times. He has been offered tickets to visit many places from Germany to the USA.

Indeed, if it's not a Schnauzer, it's just a dog! 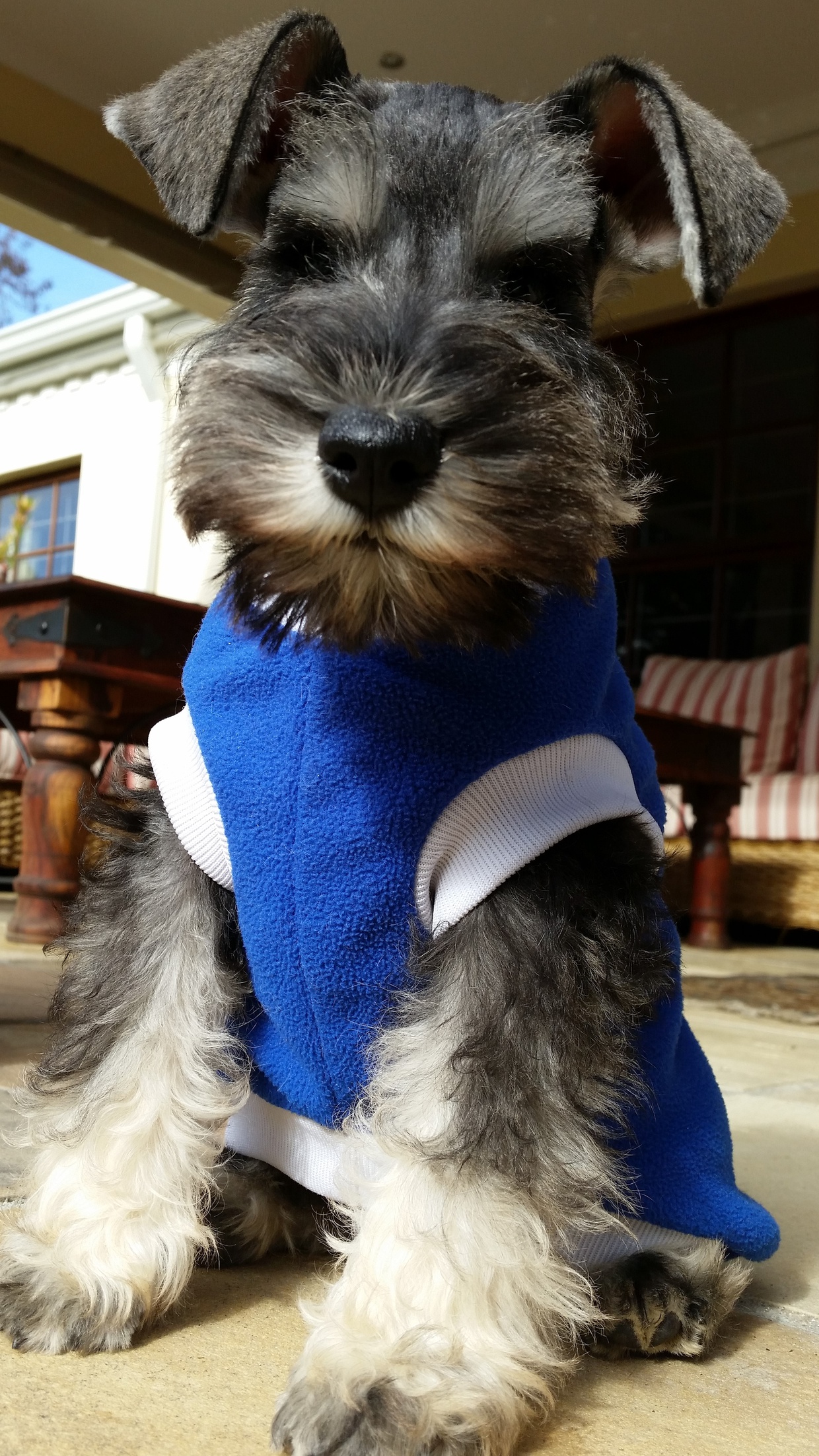